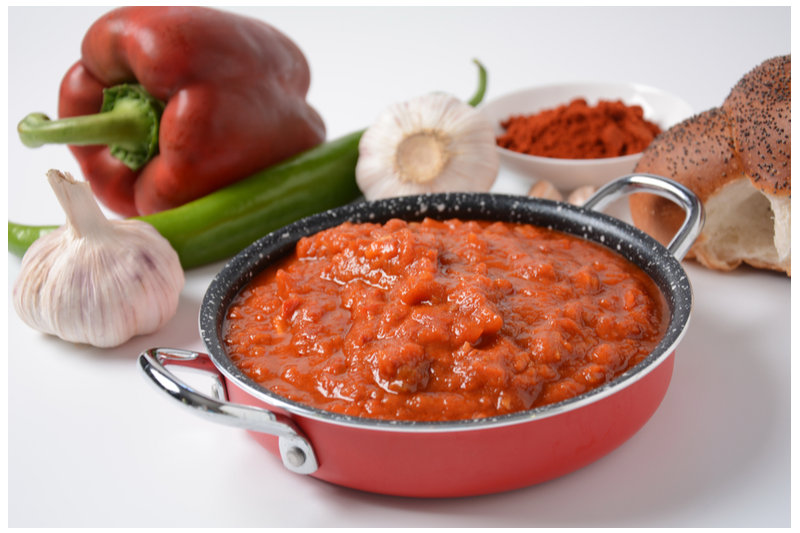 Years ago, finding myself with a surplus of juicy summer tomatoes, on the verge of becoming overripe, I decided to try my hand at making matbucha, a delicious salad, somewhere between a dip and a spread for bread. I peeled and seeded the tomatoes, and cooked them down with lots of garlic and cumin, and voila, delicious! My kids begged me to make it the next week, and the next week, and then summer tomato season was over and I soon forgot all about my foray into preparing this traditional Moroccan salad.

Fast forward, and my son asked me to make it again. Now he’s a young man in his 20s, but he never forgot the tomatoey deliciousness of my Ashkenazi effort. And so I found myself in the kitchen, trying to remember how I prepared the dish, so many years ago. It was never really a recipe, but only a stab in the dark with a successful outcome. Luckily, it’s a pretty foolproof thing to prepare, and the measurements aren’t that difficult—it came out just as wonderful as it did back in the day, and my son was very happy! 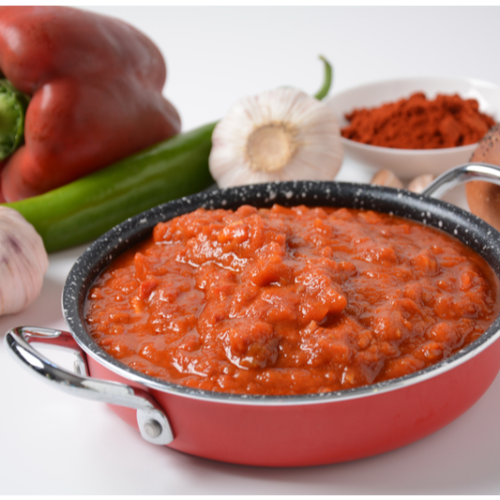 Served with a crusty loaf of bread, or soft challah—both are great—this is a salad that tastes like summer to perk up flagging appetites. A good and garlicky way to use up ripe tomatoes.
Print Recipe Pin Recipe
Course Appetizer, Salad
Cuisine Israeli, Mediterranean