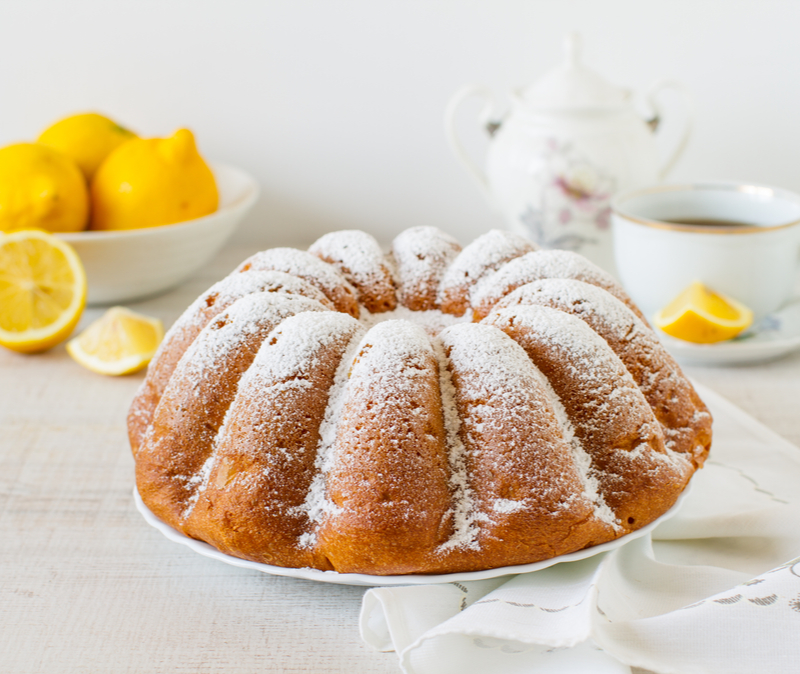 Growing up, I had a thing about pound cake. Every time my mother served it for dessert, I’d smash my fist into my slice of cake and declare, “Pound cake!!”

That is not how this dense, moist cake got its name, however. The original recipe called for a pound of each of the major ingredients: flour, sugar, butter, and eggs. The following recipe doesn’t force you to weigh anything, but it is amazingly delicious and beloved at first bite by everyone, bar none. It is simplicity itself, but good results are wholly dependent on technique, as the only leavening in this cake, comes from beating lots of air into the butter, sugar, and egg mixture.

In other words, if you’re a baker and you know what you’re doing, this cake is right up your alley. It’s not difficult to make, but does need to be made by someone who knows what they are doing. Scrape the bowl often during mixing. Mix on high speed for a long time, but fold in the flour gently.

Serve the pound cake with a scoop of sorbet, or stewed plums. Sprinkle a slice with your liqueur of choice, or with orange blossom water. Vary the flavoring in the cake by adding ground mace, a traditional pound cake spice, or try some almond extract in addition to the vanilla.