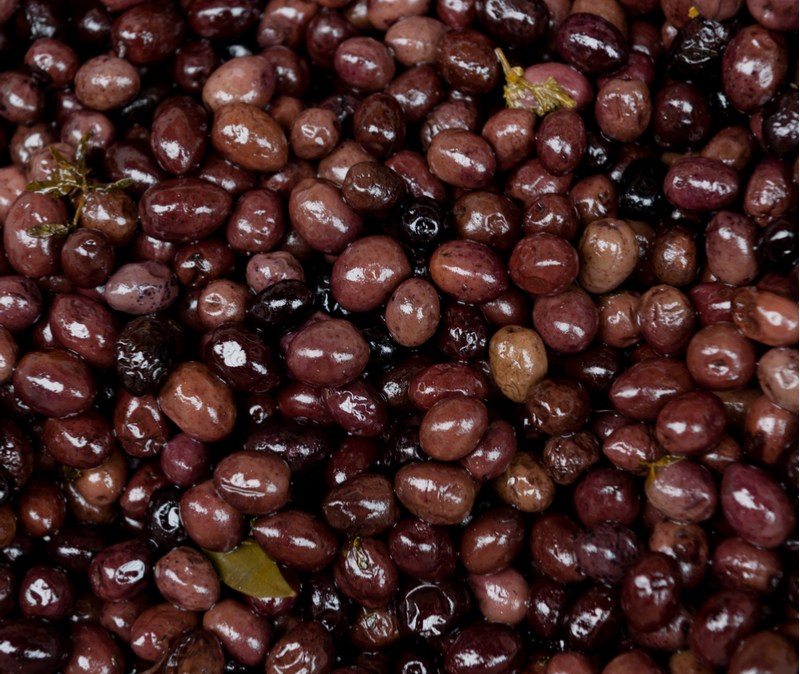 With Chanuka coming up, let’s talk olives. They’re one of the seven species of the land of Israel. Noah knew the land was dry when a dove brought an olive branch. The state seal of the State of Israel depicts two olive branches. Olive trees live thousands of years. So yeah: definitely a Jewish food!

I tasted some delicious spiced olives at a sheva brachot dinner last week and decided I’d make some of my own. I drained 2 cups of pitted olives, gave them a rinse, covered them with ½ cup good olive oil, threw in a smashed garlic clove, some pink Himalayan salt, chili flakes, and oregano. I added ¼ cup red wine vinegar, shook the closed container for 30 seconds, vigorously, then let the whole shebang sit for a couple hours. They were well-received at our Shabbat table!