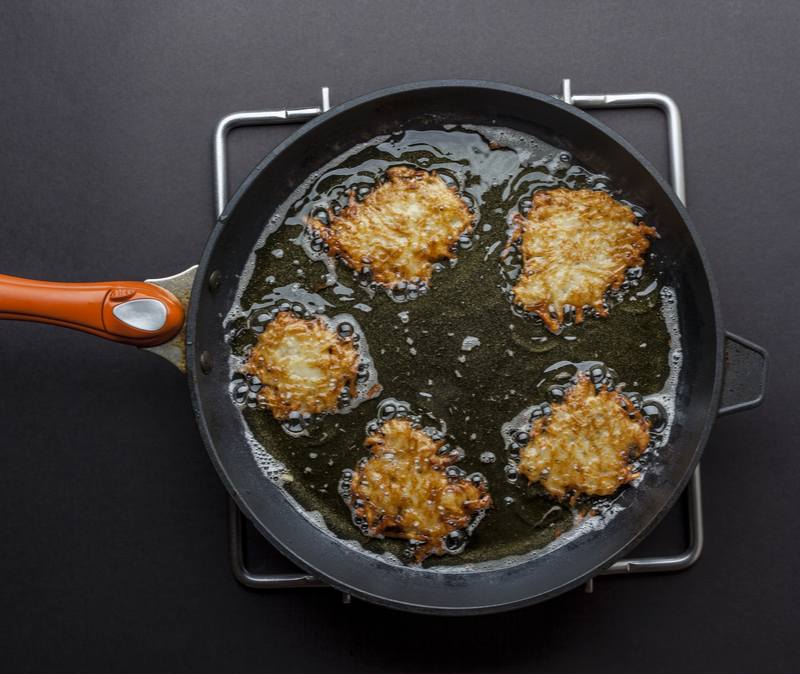 Chanuka is all about latkes, those amazing potato pancakes you serve with sour cream and applesauce, and if you’re an iconoclast, with hot salsa! I’ve always made them the way my mother did, and never required a serious recipe. I began, however, to doubt my latke-making gift when I read a page of tips and tricks for latke making on a popular kosher foodie site.

The amount of flour the author used seemed like WAY too much for me, and I was thinking: those must be heavy like rocks. On the other hand, I thought: she’s so popular. Maybe I’m the one who’s wrong and I should be adding more flour???

So I made the batter. Began making the latkes. Oy! They were like boulders.

That is the last time I won’t rely on my own judgment in making, what is, after all, an inherited recipe, handed down from one generation to the next for probably hundreds of years.