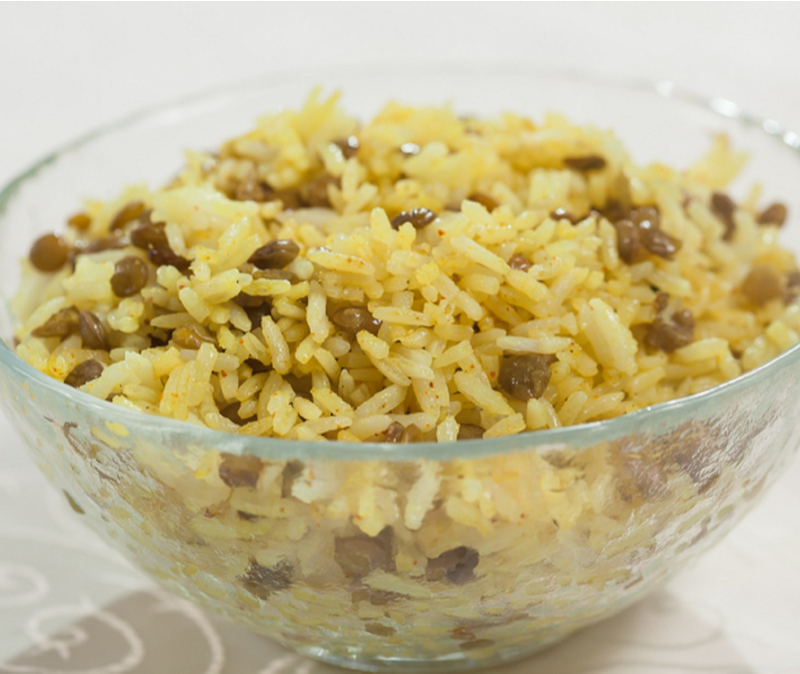 Mujadara, or lentils and rice, was always appreciated as a homey, satisfying lunch by my children. Packed with flavor, and easy to make, it was a favorite of mine as well. We often ladled the lentils over mashed potatoes, instead of mixing them into rice, as is traditional. Then we’d top the whole with a dollop of sour cream.

The secret to this dish is simple: deeply-browned caramelized onions for fullest flavor. So start the onions early, and stir them often. You’ll be happy you took the time to do things right. (And so will your family.)

Yield: 4 servings (may be doubled or even tripled)