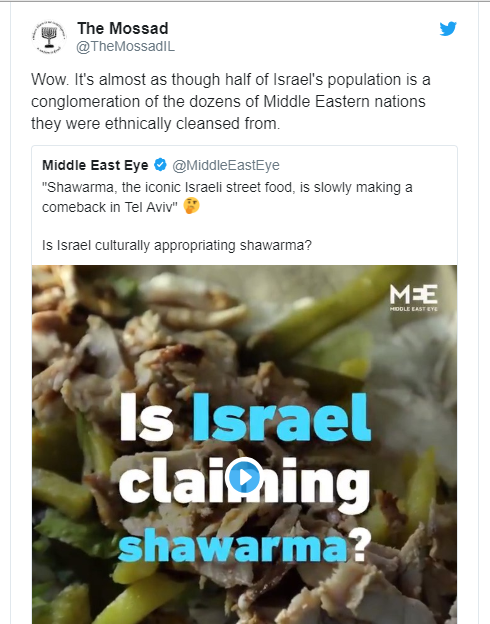 The British Independent has an article accusing Israel of the cultural appropriation of Shawarma, using an article in the far-left Israeli newspaper Haaretz as proof. Haaretz called the rotisserie meat sandwich in a pita, “an iconic Israeli street food.”

Popular Twitter account @TheMossadIL, on the other hand, points out that fully half of Israel’s population was expelled from Middle Eastern countries.

Wow. It’s almost as though half of Israel’s population is a conglomeration of the dozens of Middle Eastern nations they were ethnically cleansed from. https://t.co/7fgI3dyjcD

I’d add that Israel is actually located in the Middle East, so how is that appropriation? Shawarma is regional food. Israel is in that region.