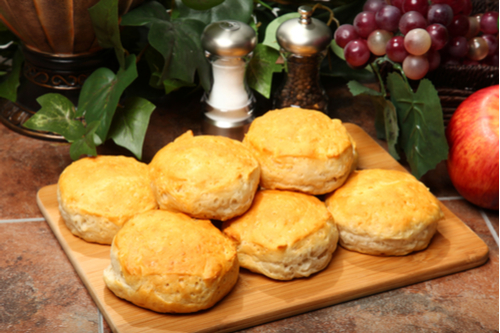 Gearing up for a recent family celebration to be held as a picnic in a public space, I wondered what to serve to accompany my famous fried chicken. I didn’t want to schlep plates and utensils. I wanted everything to be stuff you can eat with your hands. Then it hit me: the perfect accompaniment: sweet potato biscuits.

They were incredibly easy to put together, and I brought along a jar of strawberry preserves and some plastic knives for splitting the biscuits and spreading the jam. I didn’t know how the family would receive this new offering. Turns out they liked them so well, I had to make a new batch the next day. I was asked to make them again, as soon as possible.