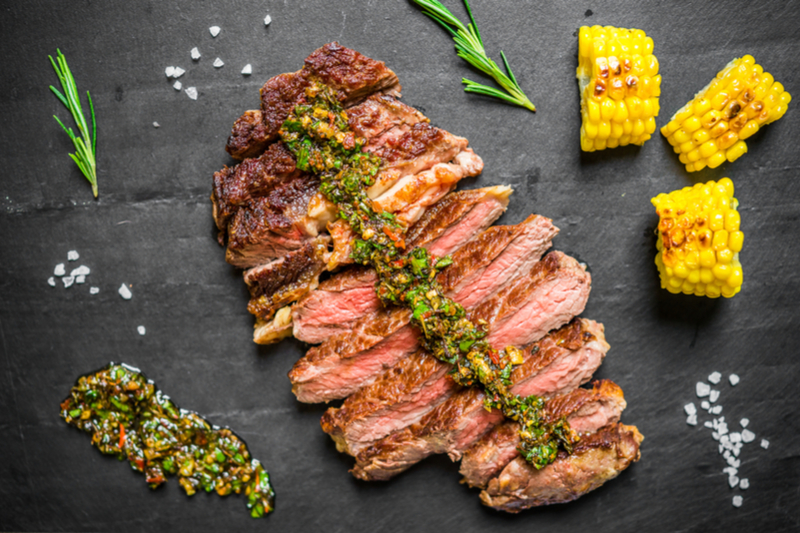 Chimichurri sauce, a sauce used in Argentina and Uruguay that is popular in Israeli eateries, is amazing stuff. You can use it as an amazing marinade for chicken, or as a sauce to pump up the flavor of grilled meats. You can mix it with tehina for an awesome salad dressing. Heck—you could probably eat it by the spoonful, we like it that much.

We use a food processor in our kitchen. Feel free to use a blender, if that’s what you have. We like it with the fresh herbs chopped for more color, but if you prefer a creamier sauce, add the parsley and cilantro in the first step and proceed from there. Marinate some chicken wings in this and wait for your family members to fondly invoke the heavens.