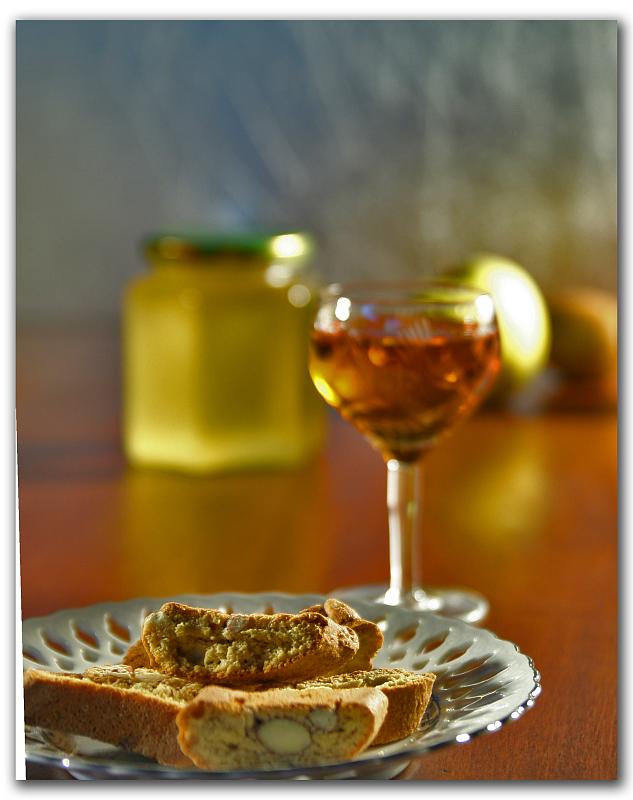 Almonds and dishes containing them are very popular for the upcoming Rosh Hashana holiday, which always makes me think of mandelbrodt (literally “almond bread”). One reason almonds are popular is that they have a separate Hebrew name “shaked” (SHA-kedd). The generic word for nut is “egoz,” which has the same numerical value as the word “chet” (KHET), which means “sin.”

Since this is the time of year we’re begging for another year of life, and also atoning for our sins, we really try to stay away from foods that have even the merest whiff of evil about them, even in their names. As well, Rabbi Yaakov ben Moshe Levi Moelin (the Maharil) said that nuts increase saliva making it difficult to pray. Well, some don’t even eat almonds this time of year, that is from the lunar month of Elul through the end of the High Holidays. But if you do eat almonds, make mandelbrodt and call it biscotti!

It’s the same thing, just sounds more elegant in Italian than in Yiddish.