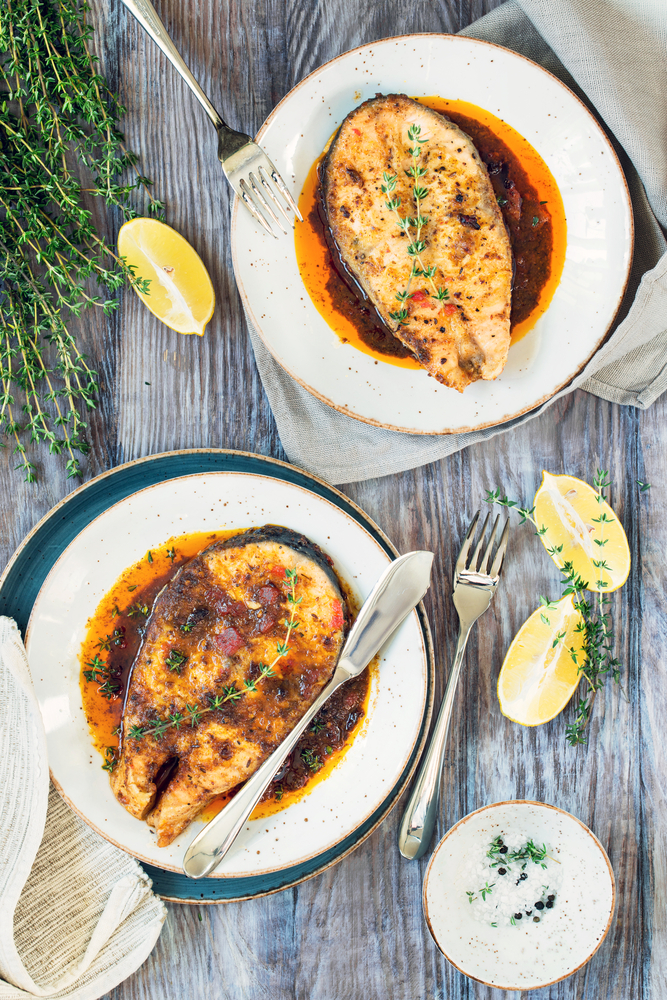 All week long, Jews of modest means wait for the Sabbath when all manner of delicacies are served. As one popular Shabbat zemer goes, the Sabbath “is a time to delight in all kinds of pleasures: fatted geese, quail, and fish.” The more, the merrier.

Ashkenazi Jews often ate gefilte fish on Shabbos, because fish was a delicacy, not to mention that grinding the fish helped avoid the prohibition of removing the bones on the Sabbath. Sfardi Jews tend to be majorly grossed out by gefilte fish, with its bland flavor and compact texture, not to mention the jellied broth that clings to a slice of the stuff. Even chrain, horseradish, doesn’t redeem it in their eyes. Their true love—especially among North African Jews—is Chraimeh, fish steaks cooked in a zesty sauce and served up hot and fresh.

This recipe is adapted from Claudia Roden’s The New Book of Middle Eastern Food.

Peel garlic cloves and puree in blender. Place the pureed garlic in a large skillet with the tomato paste and stir in oil and rest of ingredients except for the fish steaks. Add 1 cup of water, bring to a boil, and simmer 5 minutes. Add fish, cook over low heat for 3-10 minutes, turning once, until fish is cooked through, adding a bit of water if sauce seems too dry.