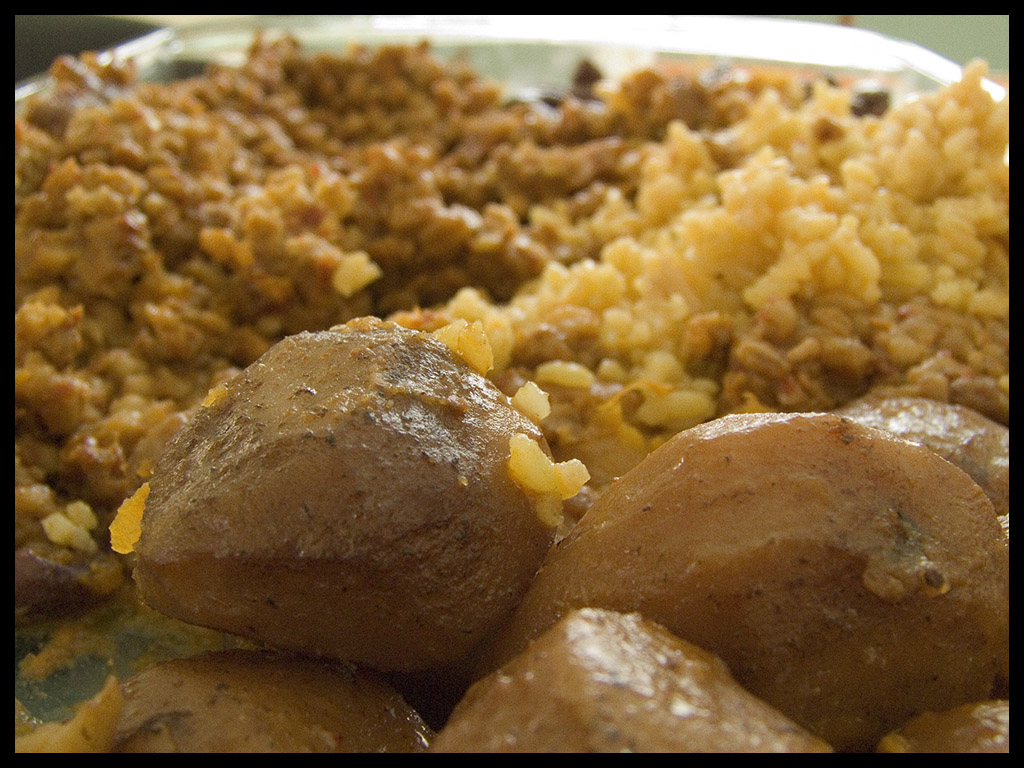 Food writer Patti Shosteck wrote a wonderful book back in 1981 called A Lexicon of Jewish Cooking, that gives the reader the history and religious background of various Jewish foods. The first entry is for Adafina, of which Shosteck writes:

“Uncovered, the aroma and taste of adafina enticed Jew and non-Jew alike. Compared to the sardines, toasted cheese, and foul-smelling mutton, foods which a fourteenth-century Spanish poet, Juan Ruiz, claimed were the ordinary fare of his countrymen, eating adafina, ‘The Jews’ Stew,’ he called it, was as good as feasting royally. On Saturday the Christians would cry to get invited to sit at a Jewish table to feast on it. ‘Pork their knives would refuse to cut,’ he exclaimed, knowingly. It was the adafina they hungered for.”

What exactly was this enticing stew? Just a regional variation of cholent. More on that for another post.