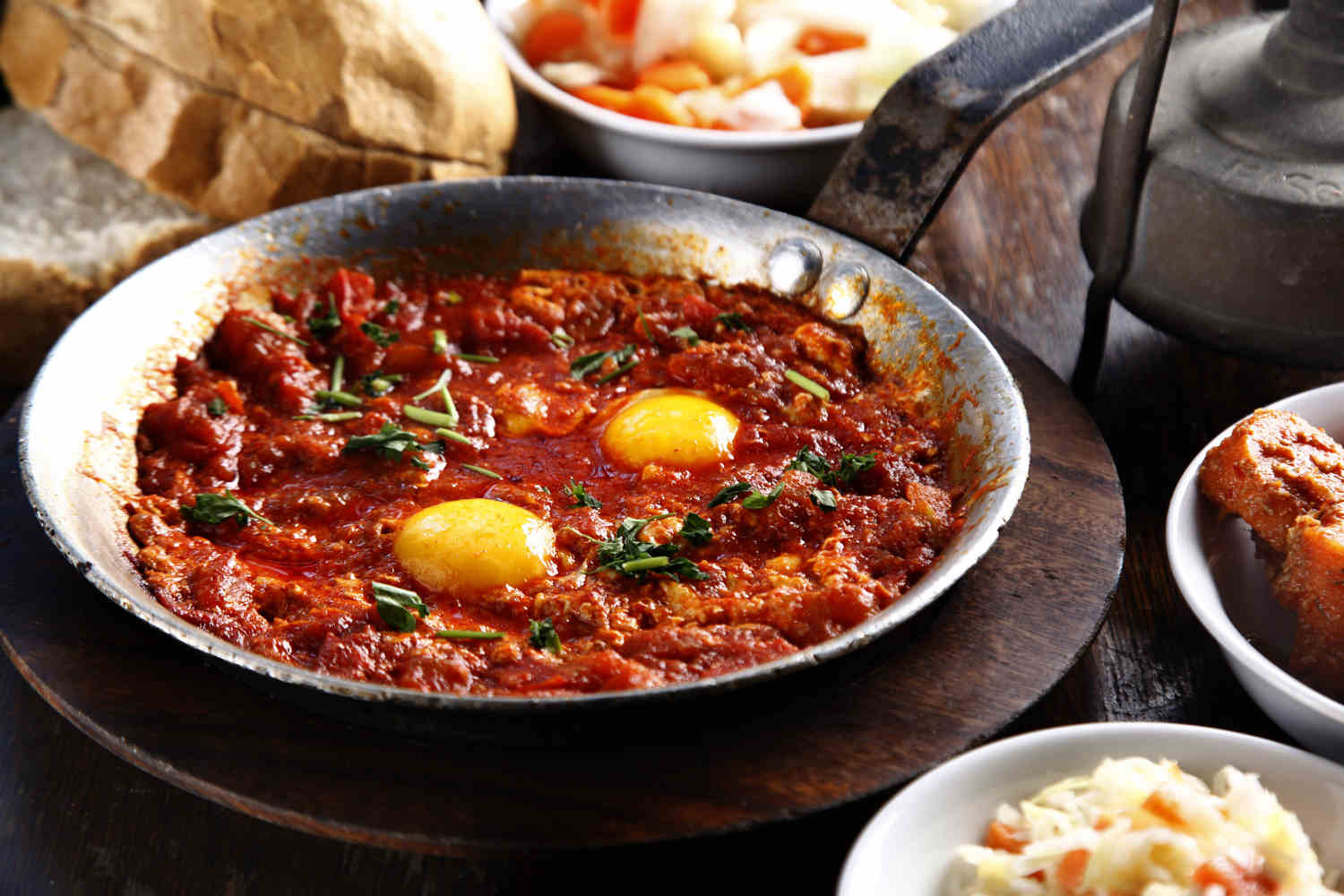 Eggs are a staple no matter who you are and where your ancestors came from unless you happen to be a “veggan” and no, that’s not a typo. If you’re Jewish, depending on where you come from, you eat eggs and onions—which is pretty much chopped liver without the liver—or shakshuka, a delectable dish of eggs served poached in a bubbling skillet of fiery crushed tomato sauce. Shakshuka is so popular in Israel that there are eateries such as Dr. Shakshuka, that specialize in the dish.

It’s a funny thing: Sephardi Jews from Arab countries hate European Ashkenazi food (fact!) because it’s generally a bit bland for their spicy taste buds. Most Ashkenazim, on the other hand, can’t seem to get enough of Sephardi food. That means that no matter whether your parents came from Lithuania or Tunisia, you’re gonna love shakshuka.

To make it, devise a sauce of crushed tomatoes, hot peppers, garlic, salt, paprika, and olive oil in a skillet. Throw in whatever other spices you like, for instance cumin, and then gently simmer some eggs in the mixture, to poach. Mop up the sauce with good bread and call it a day.